Controversy continues over voter suppression laws that have been passed in states governed by Republicans. Multiple studies and reports indicate there has not been voting fraud of any significance, which gives credibility to the belief that such measures are in place to make it more difficult for people of color, elderly and young people to vote. There have not been laws in place to restrict voting since the Jim Crow era. It is a sad commentary for the country (USA) that is supposed to be the shining example of Democracy throughout the world.

Be a Seed for Change 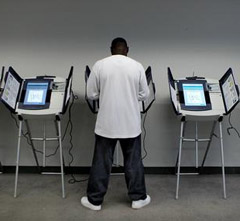 Time to pass the Voting Rights Act, change redistricting rules and make it easier for ALL Americans to VOTE

“Those who do not remember the past are condemned to repeat it.” -George Santayana (16 December 1863 in Madrid, Spain – 26 September 1952 in Rome, Italy) was a philosopher, essayist, poet and novelist.

On March 7, 1965, hundreds of brave unarmed nonviolent women and men dared to March for African Americans right to vote.

The fact is that less than 1% of eligible Blacks could vote or register to vote.

A group of people organized a Peaceful Protest: The March would start in Selma then move on to the state capitol in Montgomery. However, as these peaceful protesters tried to cross the Edmund Pettus Bridge to Montgomery the police, seemingly already assuming a defensive posture; some on horses had, looking back, a predetermined  tactical intervention plan against…