The murder of twenty innocent children and six adults by a mentally ill 20 year old young man named Adam Lanza in Newtown, Connecticut at Sandy Hook Elementary School was so unthinkable and horrifying, that it shocked the entire nation to its core. Or did it?

The National debate of meaningful gun control makes you wonder where our moral imperative and fortitude has gone and where our social priorities lie as a nation. As we all ponder that account, individual states are lining up in an attempt to tighten gun laws, reduce the national murder rate, gun inflicted injuries and death. The NRA, the most feared and revered gun organization in the USA, is gearing up for a fight against new laws that legislate, regulate and simply control guns. All of this is brewing while National polls, public opinion and political outrage overwhelmingly support reasonable new gun laws.

While there are approximately 283 million guns in civilian hands throughout America, President Obama has urged Congress to make a move towards meaningful gun reform measures while keeping the 2nd Amendment intact. He has boldly and ambitiously proposed and signed 23 measures that will be enacted through executive action, which is an attempt to help reduce the monthly carnage of 3000 deaths by guns per month in America. (USA Gun Violence Statistics www.heedinggodscall.org )   His effort to do so has prompted mainstream, left wing, and extreme fringe interest group opponents to vehemently threaten impeachment, armed uprising and state succession.

Historical and statistical facts meticulously keep track and reminds us of our homicide rates, street violence and mass shootings that are unfortunately part of the human fabric.( Mother Jones analyzed 62 mass shootings ) With that said, there is a point and time to look at some of the many underlying issues that impact and facilitate gun violence. For years, socioeconomically disadvantaged families throughout America have known the heartbreaking experience of gun violence, homicide and the systematic demise of our children. The disenfranchised that live from day to day in extreme poverty and fear have been crying out for help and change for decades. The unfortunate Newtown incident in an upper middle class section of Connecticut, helped to bring the issue to the forefront.

As I see it, the main issue must be confronted by a multifaceted approach. As a nation we have turned our backs and passed the buck regarding our societal needs and chronic inadequacies. The basic needs of our children and families should be a matter of national concern. The Census purports that poverty has been on the rise and reveals that more than 20 million children live in poverty and 50 million Americans struggle to make it from day to day. The data reflects a dire yet telling story of unemployment, a struggling economy and a stifling deficit. For the past decade we have squandered our national resources on two unfunded wars while neglecting the education, health and welfare of our nation. As a so called well developed nation, we find ourselves debating and cutting funds for education, social security, Medicare and Medicaid, unemployment and other social safety nets that help to keep our nation’s people safe and viable. When those services are cut, grants are reduced and programs are no longer available, people suffer. It certainly leads to the killing of our children’s hopes and dreams and the destruction and disruption of the intact family. It also helps to facilitate and perpetuate devastating health disparities that impact the social and emotional wellbeing of poor children for a lifetime. Poverty impacts income, education, employment opportunities, quality of life and incarceration rates to name a few. 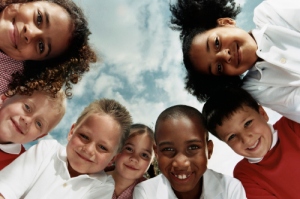 Over the past decade, the burden of servicing families and children has fallen onto and into the hands of the schools. Schools are expected to provide counseling for children and families in crisis, give health exams, clothe, feed and provided extended day care. Every organization, program, community event and solicitation flows through the schools. Local budgets continue to shrink and the first budget cuts are made within the school systems, which results in larger class sizes, lack of counselors, and loss of extracurricular activities and the elimination of programs. Most often the outcome and outlook is bleak which leads to an atmosphere and feeling of disenfranchisement and marginalization by teachers, parents, students and school officials.

Through the implementation of unfunded federal and state education mandates, schools are expected to achieve high standards while reaching and teaching on shoe string budgets that lack the proper resources. Somebody somewhere believes that our children and schools can test, evaluate and blame game their way out of this conundrum. To add salt to the wound of many educators, there is a false positive belief that for profit organizations, charter, magnet or the systematic privatization of schools are the answer. This debated philosophy and social experiment will play out for years until the true verdict or a long term comprehensive study comes in. Currently, research is slowly creeping in and is proving that latching onto a theme or transforming into a magnet or charter school does not in itself, create a high performing school.

I will admit there is a need to improve the quality of education, but truth be told, for over a decade school resources have been reduced while education has failed to truly be a national priority. Until we change our focus as a society, our future and way of life is in jeopardy. More importantly, we will squander our most precious resource, our children. Furthermore, we will not have to worry about Al Qaeda or a deranged individual killing the hopes and dreams of our children and families. We can sadly just look in the mirror of blame if we don’t make poverty, health, education and the welfare of our children, a matter of national security and a social priority for all.

I extend my prayers and blessings to the children and families in Newtown, Ct. and beyond. 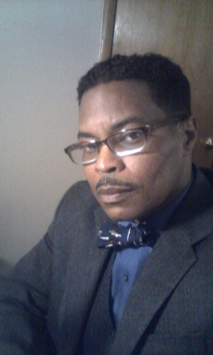 2 thoughts on “Losing Our Children, Newtown and Beyond”