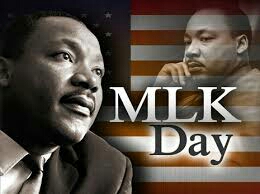 Your Take: As much of the nation retreats into racist backlash against inclusiveness, the Democratic contenders for the White House need to step up and show up on issues of racism and injustice.

Sourced through Scoop.it from: www.theroot.com

The "Dream" and legacy of Dr. Martin Luther King, Jr. is as important today as it was during his lifetime. America is a great Nation but could become greater when it truly lives up to and brings to fruition the ideals in which this nation was formed for all people. The song "Imagine" by John Lennon sums it up. Read, learn, explore and form your own opinion because…. Knowledge IS Power! Terri D. Goldson, Sr.